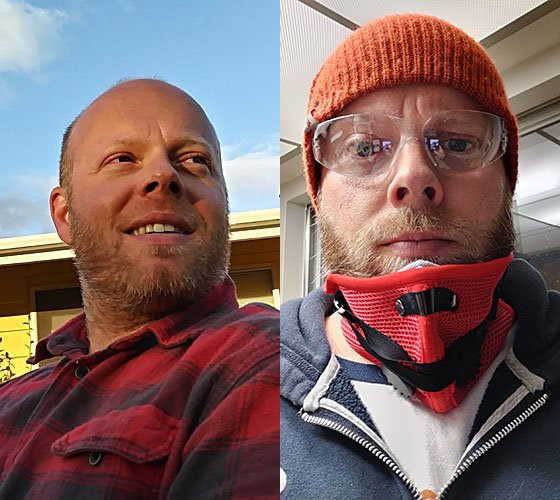 Adam Hansen originates from the Seattle area, specializing in urban and pop art. Adam’s love for art was sparked at a young age. Growing up with a father who was a trained art teacher, Adam has always been interested in the visual arts. In 10th grade, Adam submitted an art portfolio and was one of four students selected to receive an off-campus scholarship to a vocational school for Advertising and Design during his 11th and 12th-grade years. It was at this vocational school that Adam first saw the film Beyond the Mind’s Eye, a film that changed his life and inspired him to explore virtual reality. After earning a degree in 3D Modeling and Animation from the Art Institute of Seattle, Adam discovered that the job market for his career path would require him to either work on video games locally or move to Los Angeles. He was not interested in doing either of those things, so Adam returned to his background of graphic design. At the time, the only job Adam could find related to his field was doing photo retouching as a Senior Image Technician for Bill Gates during the early days at Corbis. Adam worked for Corbis for 5 years. In 2006, Adam got reacquainted with the fine arts. He felt the urge to explore and expand his fine arts roots, so he started transferring his graphic design onto wood through acrylic transfers using old school toner printers. Originally a graphic artist, Adam wanted to develop a style that was both unique and a marketable way to display his work. This eventually led to the development of Adam’s admiration for graffiti, inspiring him to create his own stencils a couple of years later. That’s when he started selling stencil works. Stepping away from the traditional canvas, Adam brings his creations to life on wood panels that he hand builds in his home woodshop. His artwork can also be found painted on reclaimed wood and other repurposed materials. The subjects of Adam’s art vary from iconic people and characters in popular culture and history to animals and nature to abstract textures—and of course, commissions. As Adam experiments with his process, his work evolves. Adam finds inspiration through the world around him. His first art inspirations were Salvador Dalí and M.C. Escher, and now Adam finds inspiration from many other artists (you can find them in the links below). Adam’s ultimate dream was to become a full-time, independent artist, but his dislike of taking risks and his practical nature always held him back. Adam needed a push to quit the rat race and fulfill his life’s calling to be an artist. Luckily, his wife is quite the dreamer. Adam had wanted to attend Miami Art Week during Art Basel for many years, but could never quite commit. In November 2019, his wife decided enough was enough. While Adam was flip-flopping on going, she got on her phone and booked his flight and hotel. With no excuses and the encouragement (and/or coercion) of his wife, Adam finally attended Miami Art Week during Art Basel in December 2019. While in Miami, Adam got to experience the work of incredible artists from all corners of the globe. He even got to speak with artists who had followed their dreams and were making a life for themselves as independent artists. To say that Adam left Miami inspired is an understatement. This was just the push Adam needed. He came back home and five days later gave his two weeks’ notice, walking away from a job that paid the bills but drained his soul. Adam now lives happily with his wife and two fur kids pursuing the life he’s always dreamed of. When he’s not in his studio creating art, Adam can be found in his garden, watching documentaries about artists, walking around local art shows, working on his classic cars, playing fetch with his 13-year-old German shorthaired pointer Jersey (the four-legged love of his life) and attempting to play fetch with his Malamute/German Shepherd Abby (the spatially-challenged four-legged love of his wife’s life), and exploring new places with his wife (the two-legged love of his life). Adam is looking forward to this next chapter in his art life, and his art will surely continue to evolve as he does.

You can see my graphic design portfolio here:  AddictedToPixels.com

These are people that I am inspired by, either by their creativity or by their drive for excellence, or both.